Pennsylvania Seventh Grader has her Sights on Duquesne Basketball 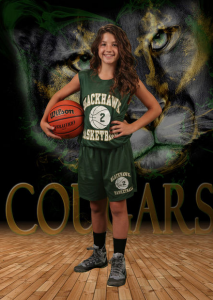 12-year-old Mackenzie Amalia, a seventh grader at Blackhawk in Pennsylvania, has her sights set on something most kids her age don’t – College. She plays basketball so skillfully, that she has caught the attention of the women’s basketball coach from Duquesne University, Dan Burt. Amalia spent last summer at Duquesne’s girls basketball camp to polish her game, but ended up with an invite to the campus on January 19th. Amalia and her family toured the facility and were introduced to members of the Dukes’ women’s team. Most 12 year olds are not focused on college, but the University certainly planted the idea in her head. Before Amalia left the campus, Burt offered her a scholarship to play basketball. Like several of the better young boys and girls players in western Pennsylvania, Mackenzie Amalia works out at John Miller’s Drill for Skill Academy in Center Township. One of Miller’s instructors is John Vlasic, who’s the coach of the AAU team that Mackenzie Amalia plays on. “Rarely do you see someone offer a scholarship to a seventh grader,” said Miller, the former Blackhawk boys coach. “But what Duquesne sees in Mackenzie is a very skilled player who’s a very smart player. She’s a gym rat who really works hard.”