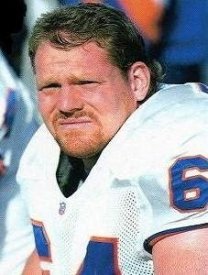 Ralph Tamm played ten seasons with the NFL and won two Super Bowl championships with Washington and the San Francisco 49ers. He won his second Super Bowl ring with the 49ers in Super Bowl XXIX in January 1995. Last Saturday, Tamm was inducted into the Bensalem High School Hall of Fame. Tamm was inducted at his alma mater with 14 other athletes. He graduated from Bensalem High School in 1984. Originally he played goal tender on the soccer team during his freshman year. He was recruited during his sophomore year to play football. Tamm may have never won two Super Bowl Rings if he was never recruited! Ralph played offensive lineman at West Chester University and in the NFL. “This is a great honor,” Tamm said. “As you go throughout your career, this (Hall of Fame) is something you don’t think about until it’s all over, and then it’s something you’re really, really grateful for. This is where my roots are”. After the NFL, Tamm spent his time as a sports agent for nine years. Currently, he is spending his time giving back. He is the vice President of the NFL alumni in the Rocky Mountain Chapter in Colorado. He currently resides in Colorado with his wife and son. Individual accomplishments and busy schedule aside, Tamm seemed refreshingly grateful to be back in his hometown and enjoying everyone’s company. He stood proud center court along ten other inductees (three were unable to attend). Bensalem High School gave the inductees a warm welcome back, with the boys and girls basketball teams both winning their games that day. The girls won the first game 67-47 and the boys won the second 52-47 against Harry S. Truman.