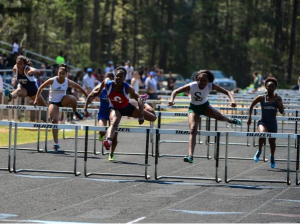 This weekend, Special Olympics Unified Sports track and field teams will compete alongside traditional track teams in the Wake County school system. The event is scheduled to begin at 9am at Garner Magnet High School on Saturday.   The goal of Special Olympics Unified Sports is to promote social inclusion through shared sports experiences. Athletes with and without intellectual disabilities and of similar ages, will be competing on the same teams. Wake County Schools in North Carolina is proud to extend this interesting opportunity to all of its high school students.   Special Olympics NC athletes and Unified Sports partners competing in the county will represent Cary, Garner, and Middle Creed. The events include shot put, long jump, 100 meter dash, 400 meter dash, 4x100 and 4x400 relays, and the 800 meter run.   Special Olympics Project UNIFY promotes education through Special Olympics sports with the hope of inspiring youths to become the voice of change. The goal is to create an inclusive environment in the school communities, with the focus centered on respect, dignity, and advocacy for those with intellectual disabilities. Special Olympics NC and the North Carolina High School Athletic Association partnered as part of a commitment from the National Federation of State High School Associations (NFHS) to encourage state member associations around the country to advance the mission and goals of both organizations nationwide.   The sponsor of the Special Olympics, ESPN, is in the middle of a two-year collaboration with Special Olympics to fuel the power of sports and promote social inclusion. By 2015, the Special Olympics have a goal of registering one million Unified Sports participants and coaches by the end of 2015.   http://www.specialolympics.org/unified-sports.aspx http://sonc.net/